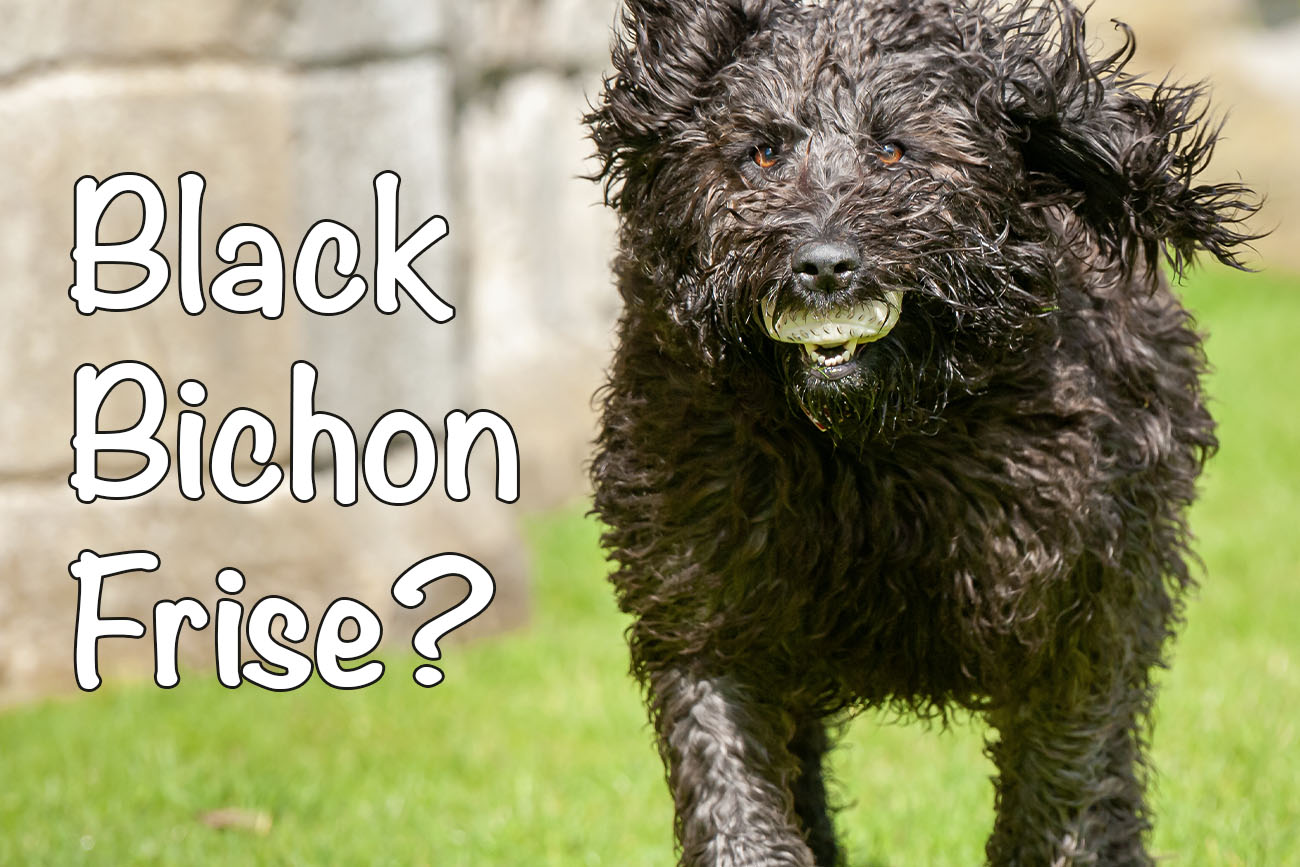 Can a Purebred Bichon Frise Be Black?

No, a purebred bichon frise cannot be black. The reason that a bichon frise can’t be black is down to its genes. Like other animals, dogs inherit the genes that inform their coat color from their parents.

A dog might not come out the same color as its parents, but that’s because they also inherit the genes responsible for color from their ancestry. Unfortunately for anyone looking for a black bichon frise, any gene that could make their coat black is long lost. But surely there must be some way of breeding a purebred, black bichon frise?

Unfortunately, without active genes to code for the melanin that would make a bichon’s coat black, there is no natural way to get a black purebred bichon frise.

Not in a million years.

Bichons frises lack genes that code for black pigment for their coat. Or rather, they lack most such pigments, which is why their coat is pure white. So essentially, it is just a complete absence of color. But why is that?

The origin story of the bichon frise dates back hundreds of years ago when a group of ‘little white dogs’ caught the attention of the European aristocracy. The little dogs became a mandatory symbol of decadent living. They were bred for looks and temperament alone, while other common breeds were hard-working dogs that filled specific roles in the workforce of the times.

As the breed spread across Europe, the earliest bichon frises took shape in the courts and palaces of France. So, naturally, a great deal of care went to breeding these luxury dogs. The fluffy white coat we know today became the measure of good breeding for the bichon frises. Any deviation from the desired appearance would see such dogs quite literally removed from the gene pool. In other words, the goal wasn’t to offer more bichon frise colors.

One kind of pigment escaped the chopping block. Today, bichons frises can sometimes have a bit of apricot or cream color in their coat. That is thanks to the pigment pheomelanin. It is a pigment associated with reds and yellows.

Still, it only shows up in very light colors in the bichon’s coat, thanks to hundreds of years of suppression.

Because bichon frises lack the active genes to code for the pigments that make their coat black, a purebred bichon can’t have a black coat. It is disappointing news for the prospective owner who had their heart set on a black bichon pup. That is also unfortunate for an owner who has already purchased a “purebred” black.

That is one of the reasons that it is so important one research a breed before spending any money on buying a puppy.

2 Bichon Frise Mixed Breeds That Can Be Black

With all of the above said, if you want to get a black bichon frise but do not care too deeply about a “purebred” status or similar, you can opt for a mixed breed. That way, you can get the best of both worlds, so to say.

The two options you have when it comes to black are:

Today, the bichon frise and poodle cross is among the most popular bichon crossbreeds. The fact that poochon pups can sell for hundreds of dollars is telling. Equally telling is that the mix breed is often more sought after than many of the bichon’s purebred cousins.

That level of popularity is not for nothing. The poochon inherits so many of both parent breeds’ best traits. They are very intelligent, share the thick coats of both their parent breeds and are virtually hypoallergenic.

The poochon comes in various colors and color combinations and is one of few bichon mixes that can sport a completely black coat.

Aside from its stunning looks and variety of coat colors, the poochon is also a highly trainable dog, making it ideal for less experienced pup parents. Furthermore, they are a good choice for an active owner who wants a small dog that is better at keeping up with the action than a regular bichon frise.

The pomachon is a mix of the bichon frise and the pomeranian. It is a loving little crossbreed that bonds deeply with its owner. Of course, it is no wonder that the pomachon is as affectionate as it is, given the loving nature of both of its parent breeds.

Depending on which parent breed a pomachon most takes after, they might not be a good fit for a family with small children. The pomeranian can be snappy with kids, and that behavior often gets passed on to pomeranian crossbreeds.

Naturally, the pomachon makes our list because it is one of few bichon frise crossbreeds with an all-black coat.

A purebred bichon frise can not come in black. As is the case for all dogs, their coat color depends mainly on their genes.

That said, there are a couple of bichon frise crossbreeds that can yield a black litter of pups.