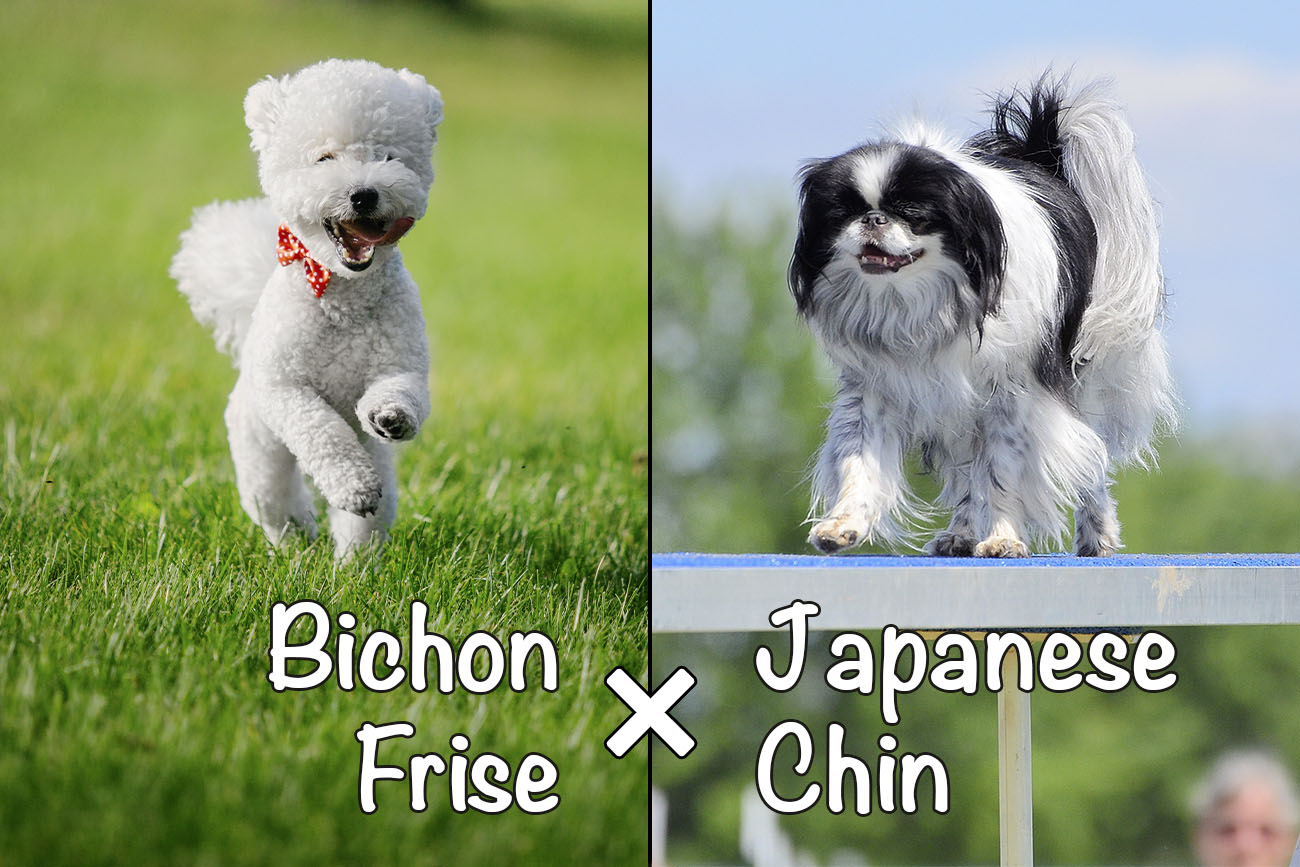 The ja-chon is a mix between two very renowned breeds, namely: the Japanese Chin and the bichon frise. This mixed breed makes ideal lap dogs because they are not likely to be hyperactive, and they do well in apartments. They are curious and intelligent and make for fun furry companions.

The combination of the bichon frise’s affectionate and merry nature with the Japanese Chin’s charming and noble personality make for a really special breed. Both the parent breeds of the ja-chon are known to be good with children and other animals, which boosts the desirability of this breed as a family dog.

The origins of the ja-chon are not very clear, but looking at the histories of the parent breeds can be helpful in understanding this crossbreed. 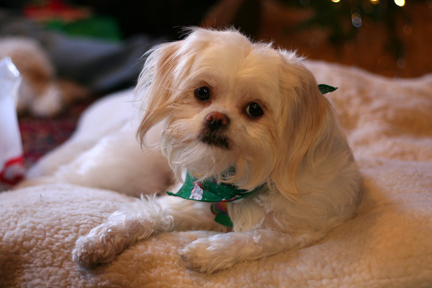 History of the Japanese Chin 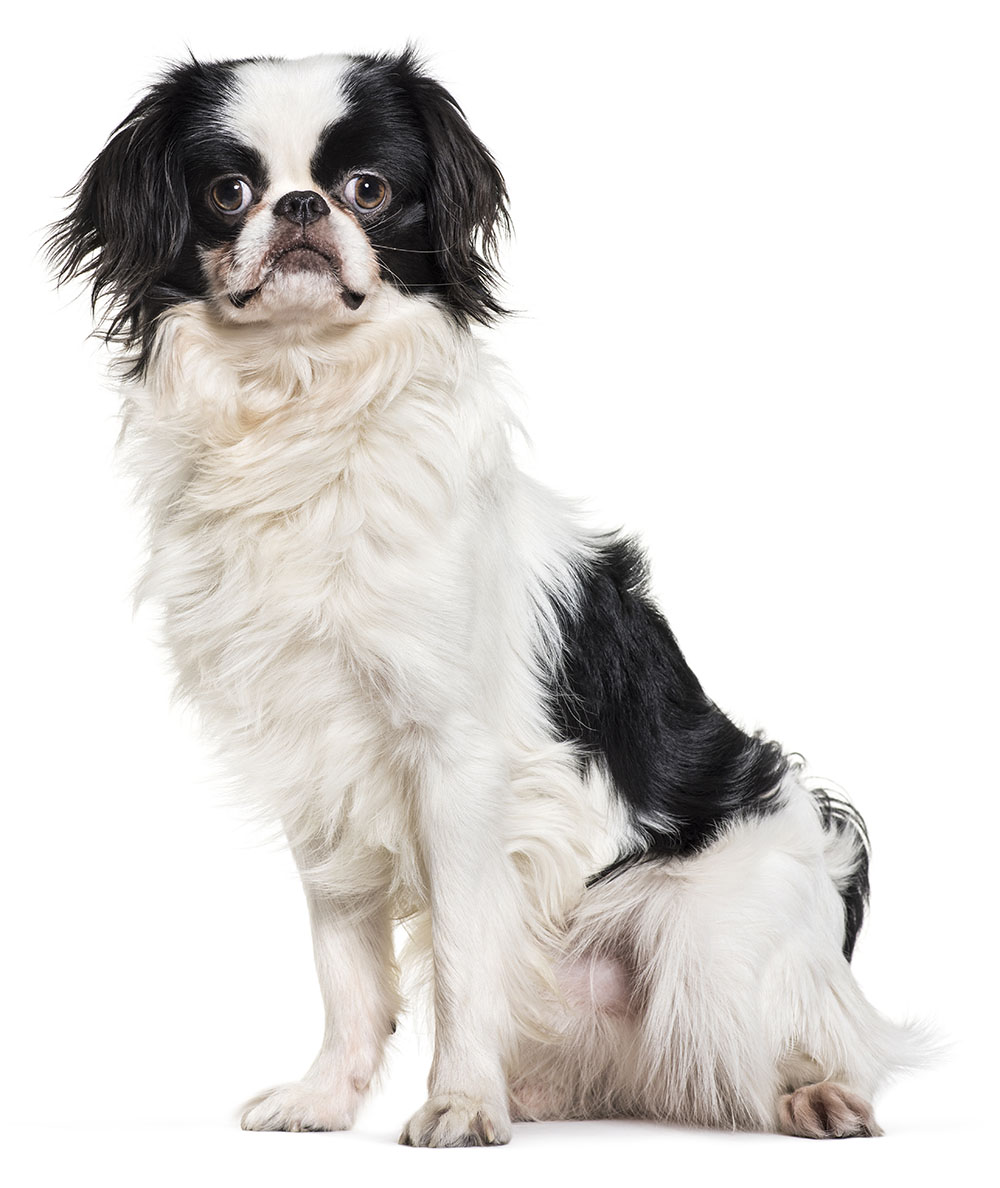 The Japanese Chin was originally called the Japanese Spaniel, but the AKC officially changed the name of this breed in 1977, when the breed arrived in America in the late 1900s. They were believed to be related to the Pekingese. It is widely believed that the breed originated in China, making the name “Japanese Chin” misleading.

It is seen as an ancient breed since the Chinese emperor presented this dog to the Emperor of Japan as a gift around 1000 A.D, and the breed was depicted on artifacts found in the temples of China. Regardless of the many tales of how the breed was introduced to Japan, it was a very popular breed among the Japanese Imperial family.

Japanese-Chin probably found their way to Europe with Portuguese sailors who traded in Japan in the 1500s. These sailors gave Princess Catherine of Braganza a Japanese Chin which gives credit to the theory that they were responsible for taking the breed to Europe. However, the breed only received recognition in Europe once a pair was given to Queen Victoria in 1853 by Commodore Perry.

History of the Bichon Frise 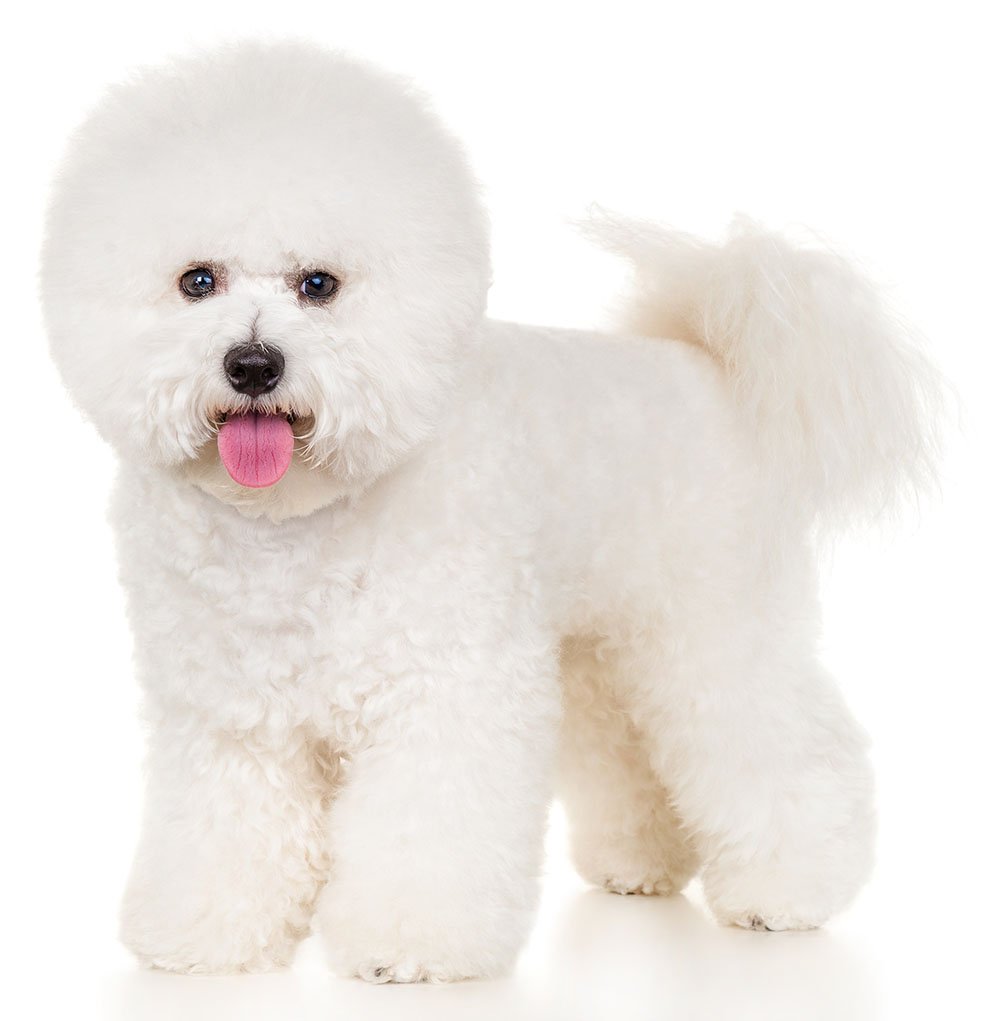 The exact origins of the bichon frise are not known, but they are believed to be descendants of the Barbet: a medium-sized water dog. The breed seems to always have been a favorite with nobility, dating from the time of Napoleon. The bichon frise was brought to America in 1956. It was likely taken to the Canary Islands by Spanish seamen, and later to Europe by Italians.

Another widely accepted theory is that bichons frises were part of the “war booty” brought back to France after a French invasion of Italy. It was only after WW1 that French breeders started working to preserve the breed. The breed is classified as part of the non-sporting breed group.

Ja-chons are small dogs like both parent breeds. They are often referred to as toy dog breeds or designer breeds.

They can have either a long and curly coat, or dense and short hair which is wavy. They do not shed too much. They come in a variety of colors, from white, black, red, sable, brindle to pied. Their color will depend on the Japanese Chin side of their genes. They may also have colored patches on their bodies.

They can weigh between 7 to 20 pounds and are 9 to 12 inches in height. They can have hazel or brown eyes.

On a scale from low to active, they are a medium in terms of activity requirements. They do not need as much exercise, but keeping their curious minds stimulated is very important. Approximately 7 miles of walking per week is a good standard to keep (around 30 min a day).

They will do well in an apartment or home as long as they get their daily exercise. They also love to play and “work.” Thus training sessions will be beneficial in keeping the ja-chon happy and stimulated. This small dog should not be overexerted physically.

To ensure that matting does not occur, they need to be brushed at least once a week. Good brushes to keep in their grooming kit include a pin or slicker brush and a dematter. Bathe them only when need be or about once a month.

Their nails can be trimmed every other week. The ja-chon’s teeth should be brushed three times a week, but brushing their teeth daily is advisable to prevent gum disease. Thankfully, they do not drool.

It’s preferable for them to live in places that are not very hot and humid, due to their Japanese Chin heritage (they cannot tolerate heat). They have an affinity for water and may like to splash around in a small play pool. They might also have a tendency to wheeze.

In order to take good care of your ja-chon, the following is advised:

These dogs are very lovable and fun. They possess some of the character traits that make their parent breeds popular among dog owners. They can be very entertaining and might love being the center of attention. They also seem to have a sense of humor.

They are very intelligent and easy to train. They can do well in obedience training due to their will to please. However, they can suffer from separation anxiety if left alone for extended periods of time.

The ja-chon’s Japanese chin genes give it a cat-like trait – they like to climb on things. Although they are boisterous and playful, they are gentle enough to be a child’s pet (if the child is old enough to handle a small dog responsibly). Taking them along on outings works very well.

Like their bichon frise parent breed, they are very obedient if they are trained and socialized properly. They may be sensitive to overcorrection and are known to have a stubborn streak.

The breed’s Japanese chin characteristics cause it to be territorial, and they can be quite bossy until they get what they want. They can become destructive if left alone for too long – partly related to their bichon frise parent’s proneness to separation anxiety.

Ja-chons have unique healthcare needs. They typically live up to 15 years, and the general estimated lifespan is between 12 to 15 years. They are prone to:

Is Ja-Chon the Right Breed for You?

The bichon frise Japanese chin mixed breed might be the right dog for you if:

They make great companion dogs and become “furry friends” to their owners. They need proper care and attention, and if you can provide it, they are fairly easy dogs to keep and maintain. They are not barkers or droolers, and are generally quiet, graceful dogs. They are alert and loyal, and respond well to training.

The word “toy” in toy dog breeds should never be interpreted as meaning your dog will be a toy or ornament. The ja-chon breed is playful and fun, but they should be treated as a valued member of the family.