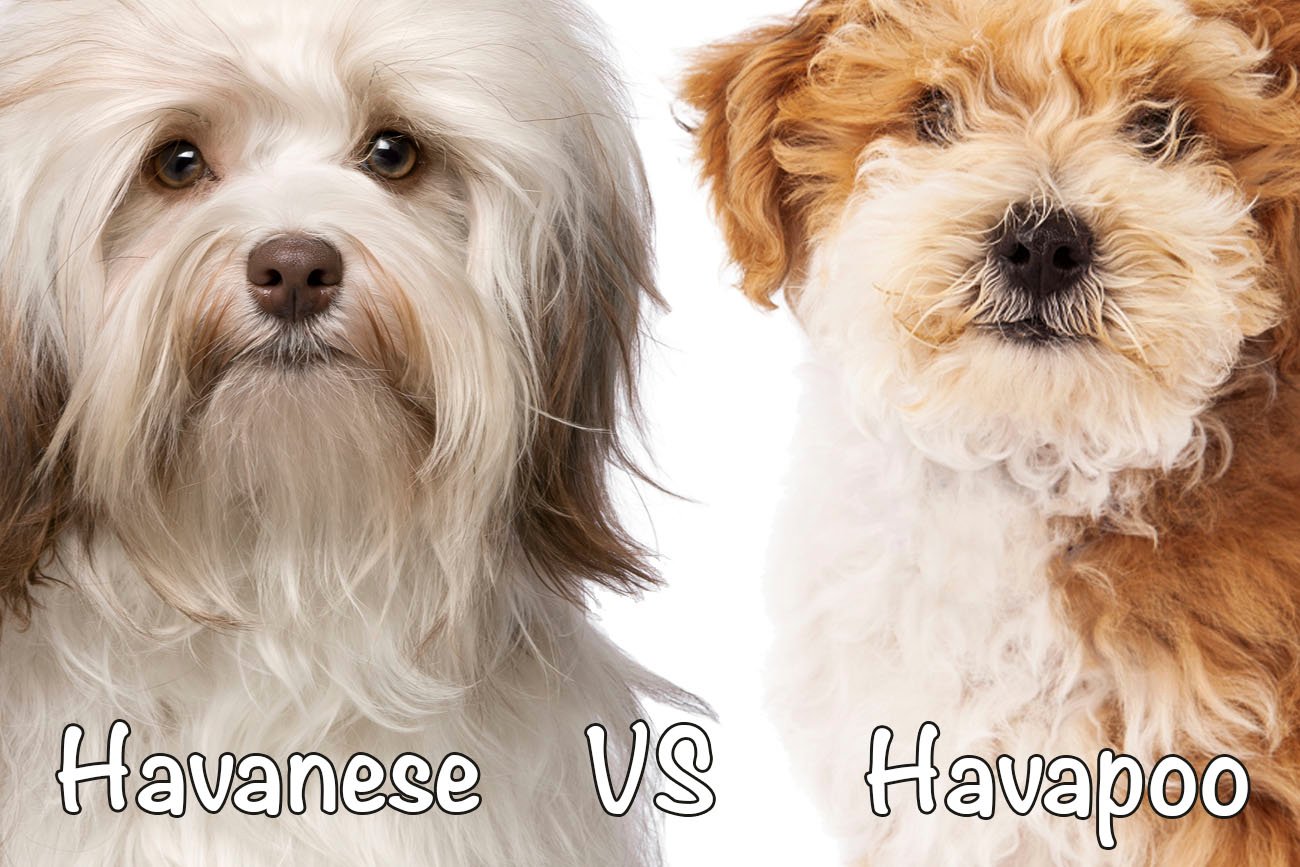 In recent years, more and more cross breeds are becoming popular family pets. Breeds like the Labradoodle have taken households across the world by storm with their best of both worlds genealogy and designer status. One of the popular mix-breeds is the Havapoo, a Poodle and Havanese cross, sometimes called a Poovanese or a Havadoodle.

But what sets the Havapoo apart from its parent, the Havanese?

Havanese vs. Havapoo: A Detailed Comparison

To understand that, we need to look at the two breeds side-by-side.

Havapoos’ history doesn’t stretch very far back. Their design and development began in the US about 20 to 30 years ago, and then very quickly became a favorite among many Americans, and soon crossed international borders. However, the parent breeds’ history is much longer.

Poodles can be traced as far back as around 400 years ago when they could be found in Germany. They were largely used for hunting and retrieving ducks and fowl. They were then noticed by the French aristocracy. Since then, Poodles were found in many well-off family homes and have been beloved dogs all across Europe.

Havanese have also got an extensive history, dating as far back as the 1500s in Cuba.

It is presumed that the Havanese developed from the dogs bought over to Cuba from Tenerife by farmers and leaders. These Tenerife dogs quickly evolved into the Havanese, which became a popular household pet. The Havanese then found their way over to Europe where they could often be found in the houses of the wealthy.

In the 1970s, the breed made its way to the US as people fled the Cuban revolution, and there the breed grew. In 1996, it was made an official Kennel Club breed.

The Havanese belongs to the bichon family of breeds.

Havanese are classed as ‘toy dogs’ due to their small size, often only growing to between 8 and 12inches and weighing between 7 and 13 pounds. They have dropped ears and a short wavy coat. Their tail curls upwards, towards their back, and they tend to be shorter than they are long.

Havapoos, naturally, have some of the traits of the other breed in their mix – the Poodle. The combination of traits gives them a small and round head with small round eyes, a small body, and short legs with a fluffy tail.

The actual size of the Havapoo, as well as their exact appearance, can be hard to determine before they’re born. The size of the dog will also depend on whether the Poodle parent was a miniature or standard Poodle.

Either way, Havapoos tend to be relatively small dogs.

Both Havanese and Havapoos have relatively long life expectancies. Havanese have an average life expectancy of 12 to 14 years so long as they live a healthy life. Havapoos’ life expectancy is around the same, with the average sitting at 12 to 15 years.

Likewise, both breeds have a similar growth rate. They are both fully grown by the age of 1 and are unlikely to get much bigger beyond that age unless it is by putting weight on or losing weight.

A dog’s temperament and personality do differ within a breed, but there are usually staple traits and characteristics that stay true throughout the breed. Some breeds are much more well equipped to spend time alone, for example. The temperament of Havanese and Havapoos is very similar since the Havapoo gets many of its traits from the Havanese breed, however, there are a few key differences.

Havanese are very playful, affectionate, intelligent, and responsive – especially to positive reinforcement. However, they are also incredibly sensitive, to the point of misbehaving when upset by a change or inconsistency.

Alternatively, Havapoos are playful and affectionate and have their parents’ intelligence, but they are much less sensitive generally. They tend to be a little bit more energetic and are often more playful as a consequence.

Both Havanese and Havapoos are intelligent breeds of dogs. They are reasonably easy to train, especially when encouraged with positive reinforcement.

Havapoos are slightly more intelligent than their parent breed, though, due to the Poodle in them. Poodles are known to be a smart breed, possibly instilled in them from their working days, and Havapoos benefit from this trait.

It is important to consider how high maintenance a dog breed is before you bring a new pet home. Dogs that require constant maintenance may end up costing you more money in the long run with grooming visits, tools, and products, and may be prone to skin conditions and infections that could make for some costly vet trips.

Havanese have some grooming requirements, but nothing too high maintenance. They should be brushed 2 to 3 times a week or when their coat visibly needs it and should be bathed every other week (unless they’re beginning to smell or are visibly dirty).

Owners should make sure to only brush the Havanese coat when damp, as brushing when dry can be uncomfortable and difficult.

Havapoos are also fairly low maintenance. Since both the parent breeds are hypoallergenic and low-shed, Havapoos are too. They might require a daily brush, or every other day, and will need bathing once a month. They are unlikely to smell quickly, so this should suffice. They will likely need eye and ear, as well as dental cleaning, on a regular basis, though.

When buying a dog, the cost can be one huge barrier. Many breeders charge large amounts for pets, especially for popular breeds like the Havapoo and Havanese. There are ways around this, like adopting from a shelter.

There is always some risk of illness, but some dog breeds are more susceptible to certain conditions than others. These can be avoided with the right care and work from both you and your vet, but it is still important to be aware of, especially as your dog gets older.

Havanese are particularly prone to a few conditions, including Legg-Calve-Perthes disease, luxating patellas, distichiasis, deafness, hypothyroidism, eye conditions, and heart problems. Likewise, Havapoos are prone to Legg-Calve-Perthes disease, luxating patellas, and hypothyroidism. They are also prone to cataracts, hip dysplasia, and dental problems like periodontitis – all of which they have inherited from the Poodle.

If you adopt a Havaneese or a Havapoo, it is worth speaking to the breeder or the shelter to discuss whether the dog is at particularly high risk of any of these conditions. This might be due to previous health issues or parental medical history.

Havanese vs. Havapoo: Which Should You Get as a Pet?

Both breeds make great pets, but ultimately they suit different people. Which breed you should get depends on more than the breed’s history and personality, it also depends on what you’re looking for in a pet.

For those who are looking for a trainable, obedient pet that will keep them company without too much hassle, a Havapoo is a great choice. The breed benefits from the smarts of both the Poodle and the Havanese and is easy to train.

Alternatively, anybody looking for a constant companion that is laid back, a bit of a lap dog, and is going to be home a lot would definitely suit a Havanese. They’re great companions that are incredibly affectionate, but they can have real issues with separation anxiety, so for pet owners who travel a lot, a Havapoo would be more ideal.

Both breeds are fantastic around children, so make for great family pets. For families with younger children, though, the Havanese might get a little bit scorned by a lack of attention or any changes to the routine. Havapoos, on the other hand, are a bit more tough-skinned and are unlikely to act out due to change or a shift in attention.

In short, the two breeds are very similar! They’re both friendly and playful breeds with a lot of smarts, but Havanese are that little bit more temperamental. They are prone to more mental illness than Havapoos due to their closer relation to the Bichon breed.

Both breeds are hypoallergenic and suitable for anyone with dander allergies. They’re also well-suited size-wise and energy-wise to smaller living spaces, so long as you walk them regularly enough! Both the Havanese and the Havapoo need around 30 to 40 minutes of exercise a day but providing you hit that, either breed could be your newest family member. 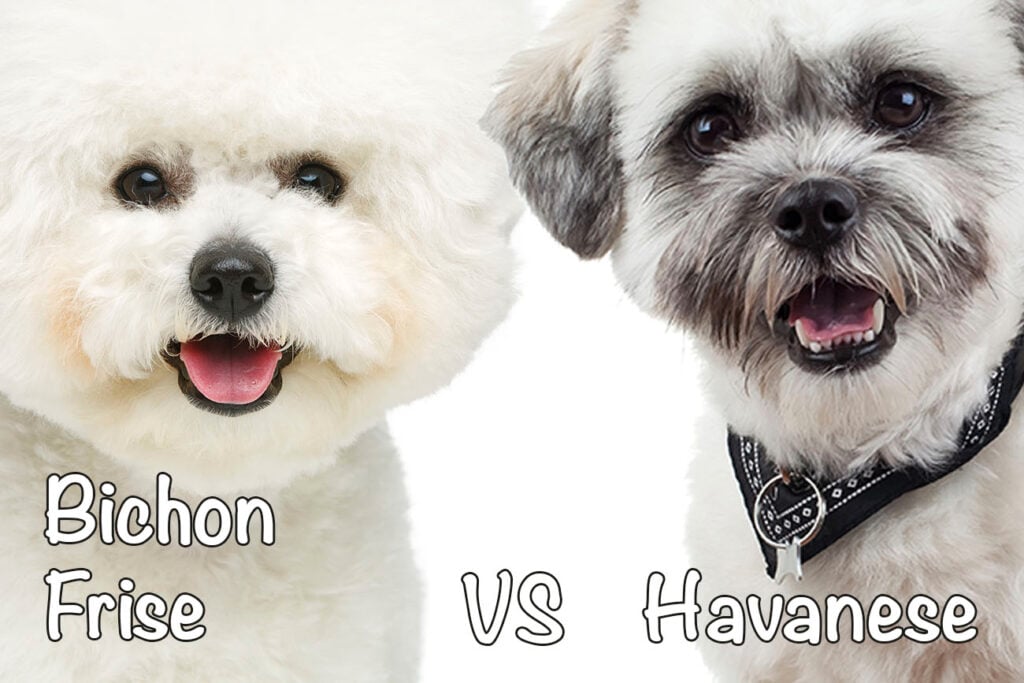 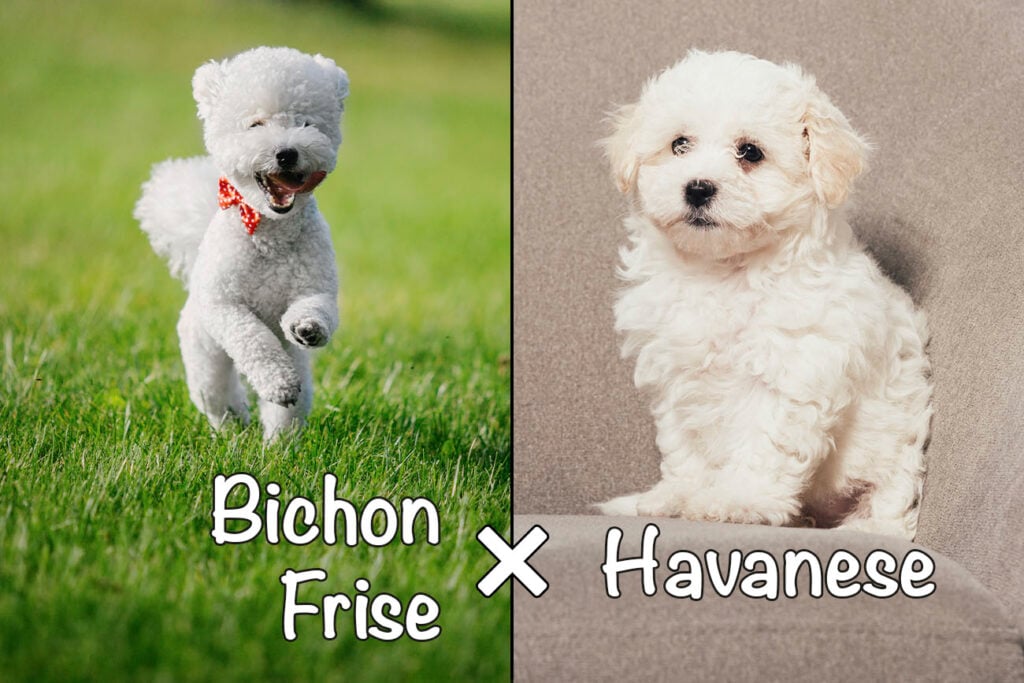 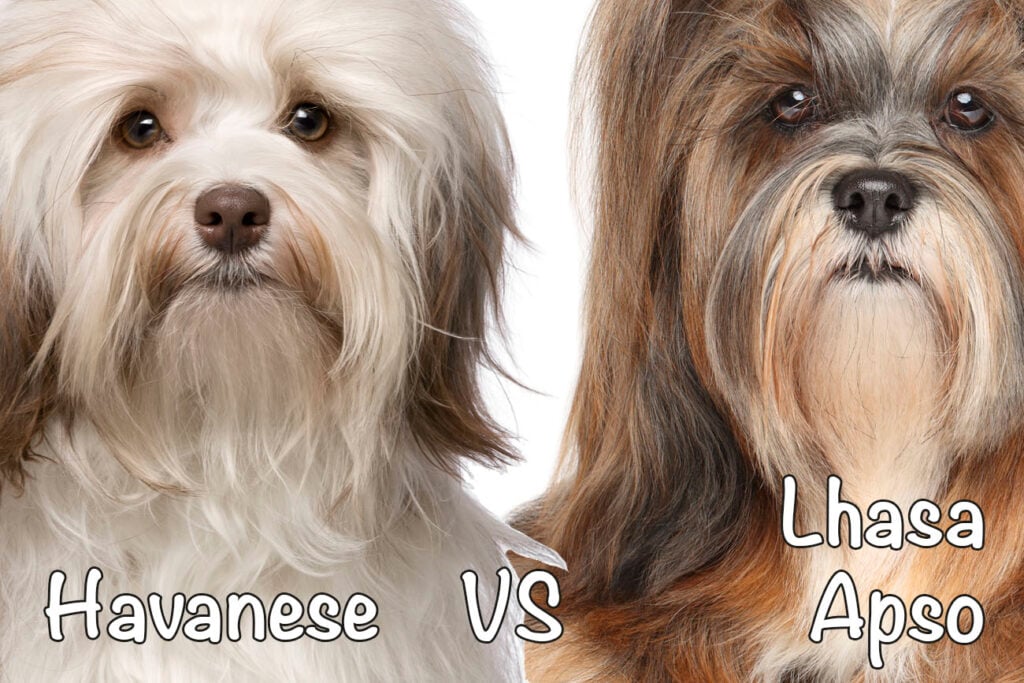